Crime of the Week

Submit a Tip
Tip Follow-Up
Mobile App
If you have any information about these crimes or any person(s) involved, you are urged to call Crime Stoppers at or submit a Web Tip .  You do not have to give your name.  CRIME STOPPERS will pay a cash reward of up to $1000 and you can remain anonymous.

MILWAUKEE (CBS 58) -- It's a Christmastime miracle that shouldn't have happened. Someone shot a man seven times with his 5-year-old daughter in the car and somehow both survived. Now, Milwaukee Crime Stoppers need your help to find the person who pulled the trigger.

The shooting happened Christmas Eve around 7:45 p.m., near 27th and Auer. A 36-year-old man was dropping his girlfriend off at work when someone rolled up on his car and unloaded 18 shots into the vehicle.

Seven of those bullets hit the man; he was shot in the head and torso and lived.

During the shooting, his 5-year-old daughter was inside the car and wasn't hit.

Police say the victim has a criminal past so they believe he was targeted.

Somehow no one saw what happened and there's no video. Now it's up to you to help get the reckless shooters off the streets.

"If you think about it 18 casings that's essentially taking a handgun and emptying it into this car. So you can pretty much say the intent was to kill this man if you fire 18 shots at anybody. It's a miracle that he survived," said Captain Craig Sarnow, Milwaukee Police Department.

If you know anything about this shooting investigation, you're asked to contact Crime Stoppers at 414-224-8477. If your tip leads to an arrest, you can get up to $1,000 in a reward.

MILWAUKEE (CBS 58) -- Two shootings in Milwaukee happened at separate times and on different days, but they're connected by gun casings.

The first shooting happened on Dec. 10, near 66th and Silver Spring, a 32-year-old was confronted by three suspects. One of them shot him; only one nine millimeter casing was left behind.

The second shooting happened on Christmas Eve, near 14th and Keefe. Police say a family was parking their car at home when the same suspects from the first shooting surrendered the car, and fired shots while kids were inside. The grandmother who was in the driver's seat was shot and again only one gun casing was left behind.

Both bullet casings from both shootings came from the same gun.

"Now we have a group of suspects out there committing violent acts and now we can link these two incidents together based on that casing, based on that projectile that was left behind which is essentially like a fingerprint," said.

Even though authorities linked the cases, the crimes haven't been solved.

MILWAUKEE (CBS 58) -- It's a Facebook fallout that nearly turned deadly over the holidays, and now Milwaukee Crime Stoppers needs your help to find the shooter.

Milwaukee police say two days before Christmas, near 35th and Clarke, a 24-year-old man says he left his house and noticed a white Hummer following him.

The man said the driver started yelling at him about an argument on Facebook. The victim said he didn't know what the man was talking about and kept walking. That's when the driver fired one gunshot and drove off; the bullet hit the 24-year-old in the leg.

Detectives have surveillance video but they need your help identifying whose car it is.

"Black front bumper, black after market rims. It looks like it had a Chicago Bears tire cover on the rear. So kind of distinct," said Captain Craig Sarnow, with the Milwaukee Police Department. "There aren't any indications that the victim was doing anything he wasn't supposed to be doing. It looks like he was the unintended target of someone else's beef." 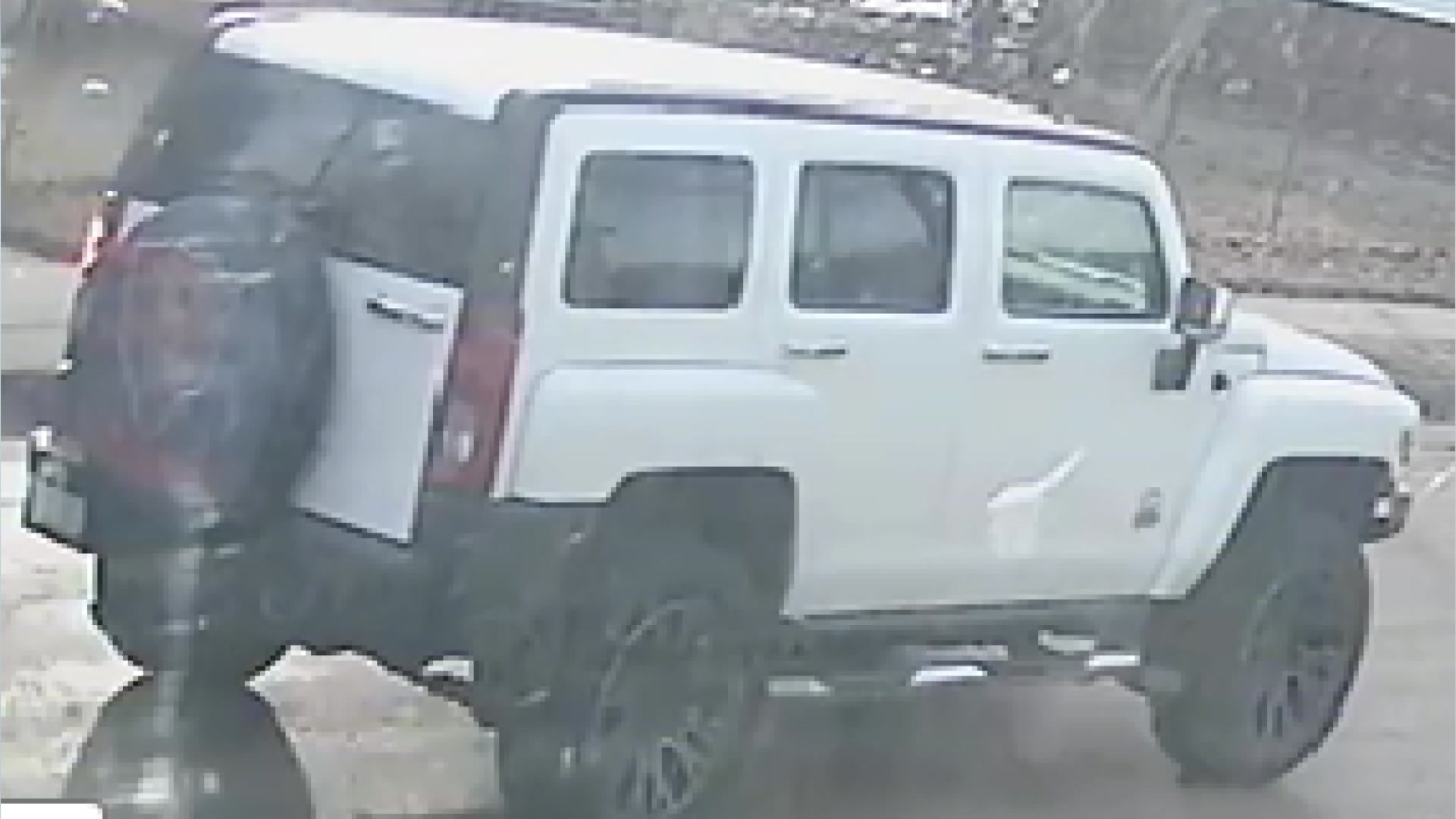 If you know anything and want to give an anonymous tip, call Milwaukee Crime Stoppers at 414-224-TIPS. You can also send an anonymous tip through the app, P3 TIPS, that's available in the app store.

Giving a tip could lead to a cash reward.

MILWAUKEE (CBS 58) -- A 15-year-old was found dead after being shot to death and left in a Milwaukee alley.

Now Crime Stoppers and investigators in this case need help to find the killer.

It was Friday the 13th when police say people driving by called to report something in the alley. When they got there, they found 15-year-old Jason Eggars dead -- he'd been shot in the head.

Police believe his body had been outside near the 2600 block of North 18th Street all night. All they found at the scene was one 45 caliber casing. There were no witnesses, no video and nothing else to go on.

"One 45 caliber casing, that's a rather large casing," said Milwaukee Police Captain Craig Sarnow. "And casings are often times like fingerprints. They do lead us in certain directions. In this case, it did not produce any leads for us. That's why we need the public's help, to come forward and provide us with something."

STATUS: OPEN
Shooting on 11-16-19
13th & Burleigh
MILWAUKEE (CBS 58) -- A man was walking down the street, only to be shot multiple times and killed. The only things left behind were six 9-millimeter gun casings that haven't led to a suspect.
It happened around 8:30 a.m. on Nov. 16 at 13th and Burleigh.
Police say Timothy Sidner was walking down the street when a man approached him and shot him six times.
The suspect had a getaway car waiting and drove off. Sidney died on the scene, just one day after his life took a major turn.
"Sometimes the victims we profile here are involved in things they shouldn't be involved in," said MPD Captain Craig Sarnow.
It seems that this victim may have been using drugs prior to this happening. I think what is unique about this case is the victim was just released from jail a day earlier. He wasn't even out of jail a day and now he is deceased."
Investigators don't know who the suspect is.
Anyone with information is asked to contact Milwaukee Crime Stoppers at 414-224-TIPS.
Your call is anonymous and could lead to a $1,000 reward.
https://www.cbs58.com/news/crime-stoppers-crime-of-the-week-man-fatally-shot-1-day-after-being-released-from-jail

STATUS: CAPTURED
Shooting on 11-17-19
45th & Burleigh
MILWAUKEE (CBS 58) -- At the stroke of midnight, a bar fight turned into what police call an execution-style killing. Police know who the suspect is but haven't been able to find him. That's why Milwaukee Crime Stoppers needs your help.
Milwaukee police say 49-year-old Christopher T. Stovall is the man who killed 42-year-old Romell O'Quin.

It happened at Waz's Bar on 45th and Burleigh on Nov. 17. Around midnight, investigators say O'Quinn and Stovall got into an argument. The argument kept getting worse. That's when, police say, Stovall pulled out a gun and shot O'Quinn twice in the chest.

O'Quinn, fighting for his life, tried to get away but the suspect followed him and shot him point blank in the head.

All of this played out in front of a bar full of witnesses.

"This incident took place not in a street, not in a house, but in a local bar," said Milwaukee Police Captain Craig Sarnow. "No argument should come to this, to the point where you feel that you have to pull out a firearm and kill somebody. Wait let me back that up, shoot them, follow them and then kill them. No argument is worth that."

Shell casings from a .45 caliber gun were left on the scene, and police say the entire crime is on video.

If you know where Christopher Stovall is, the community is asking that you come forward and help. 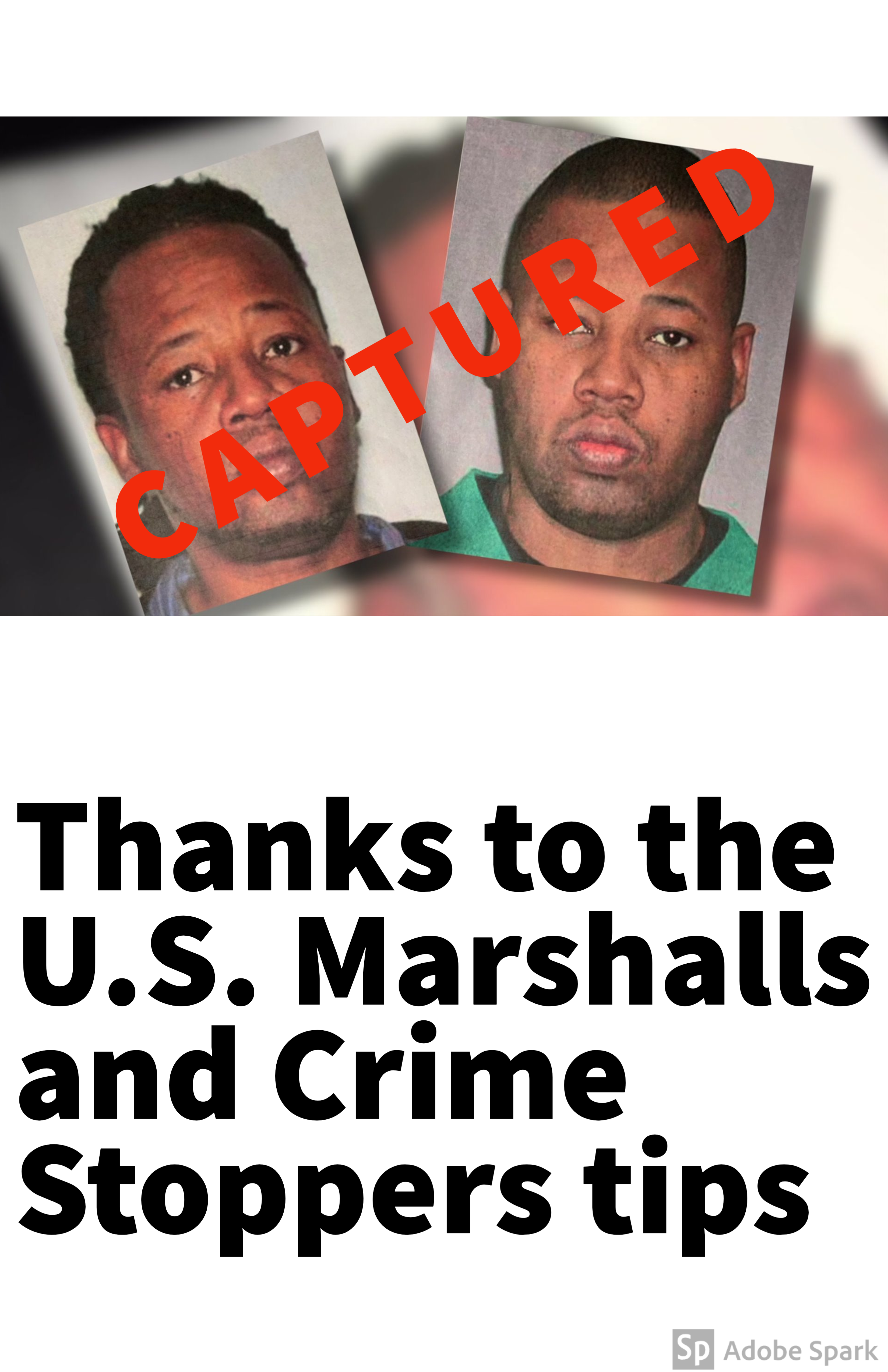 No one knows where the bullets came from or why they were flying. The only evidence left behind are two bullet casings.

"This isn't the first case we've profiled on Crime Stoppers that involved shots being fired in an urban environment, and people who have nothing to do with it are getting hit," said MPD Captain Craig Sarnow. "We've seen this play out in our community far too often. In this case, we have a 19-year-old who is driving and a person who is in their house -- the one place you should feel safe. This type of behavior is unacceptable and that's why we need the public's help."

A 26-year-old Milwaukee firefighter went out to warm his car. He ran in the house, returned a few minutes later and found someone in his car.

The firefighter got into a fight with the man but didn't realize the man had someone with him, and that person took out a gun, shot the firefighter in the leg and took off.

"We canvassed for witnesses and checked for video. Unlike other cases there was no ballistic evidence left behind and no arrests have been made, that's why we are here we need the public's help to help identify those two individuals that were involved in this case," said Captain Craig Sarnow, Milwaukee Police Department.

Police say there was a lot of snow on the ground at the time of the shooting and tried to track the suspects but couldn't.

Anyone with information about this shooting is asked to call Milwaukee Crime Stoppers at 414-224-TIPS. You can anonymously give information to help crack the case, and there's no way to trace the call.